How Augmented Reality Is Shaping the Future of Retail

What’s the future of retail, and how far away is it? Turns out that in the next couple of years, customers will be able to try on clothes and products at home with no shipping required. Technology will allow shoppers to virtually wear garments — smelling, hearing and feeling the fabric as if it were real. 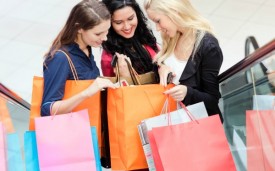 Sound crazy? It’s not, when you look deeply into the world ofaugmented reality (AR). Augmented reality technology typically overlays the virtual world on top of the real-world environment through a device, such as a mobile phone or a tablet. But certain companies are redefining the bounds of virtual reality experiences by home-growing their own unique AR technologies and platforms.

Although augmented reality, in its current state, is still a young and developing industry, our bet is that it’s going to completely change retail. Here are a few companies that are leading the way. 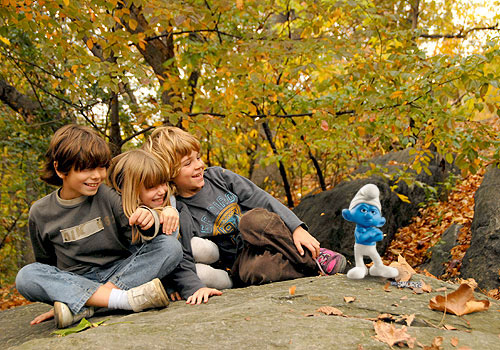 GoldRun‘s augmented reality platform lives on an app, optimized for iOS and Android phones and tablets.

GoldRun can customize memorable AR-based experiences that users want to share on Facebook and Twitter. Clients, from international clothing stores to movie studios, are flocking to use the GoldRun platform and reach socially connected customers.

The company’s versatile app makes it possible to reach a global population, or to geo-target audiences accordingly. A successful GoldRun campaign with Esquire Magazine targeted individuals at Barnes & Noble’s 700 national locations. To “Find Brooklyn Decker” — the magazine’s February cover girl — fans needed to download GoldRun and visit the bookstore. Users could find the fun-loving model hanging out in the magazine aisle. See the campaign video here.

The company’s secret sauce is its compelling augmented reality technology, and it believes consumers naturally want to share cool pictures.

“We’re creating a platform where we can use augmented reality to create a one-stop shop, based on the concept of using virtual brands to create geo-specific or geo-targeted virtual photo opportunities,” Shailesh Rao, co-founder of GoldRun, tells Mashable.

The company calls its “virtual AR photobooths” the equivalent of a traditional email blast or billboard: By leveraging the world’s love for photo-sharing, Rao explains, it has what it takes to make content go viral on the web.

Every person who takes a picture with GoldRun becomes a brand ambassador, he says. By sticking to this idea, the GoldRun team believes they’re doing something new in the retail market.

“I think a lot of people still define augmented reality as layering different digital information onto a real world environment,” he says. “And while that may be true, the key to making augmented reality potent, powerful, addictive and fun is to not stop at that definition.”

Every campaign is noticeably different. Clients can tailor branded AR photos and social media messages. Companies can also decide to include extra discounts, vouchers and instant prizes to encourage social sharing. For example, GoldRun’s campaign for The Smurfs granted users special access to purchase the DVD or Blu-ray box set.

“Effective marketing and effective advertising is always just about really good stories,” Rao says. “One of the first things we realized about augmented reality is that it would give us the opportunity to bring the user into that story.”
Holition: Changing How Customers Shop

The company creates personalized interactive digital platforms to showcase various products. The incredibly intricate augmented reality technology is complicated on the back end, but it allows customers to seamlessly try on virtual goods right in front of their computer. All that’s needed is a web cam and an Internet connection.

“We are trying to push AR forward as a tool that realistically encourages the customer to believe in that product — to take ownership in understanding that product,” says Holition brand director Lynne Murray. “Our experiences are unbeatable, really, and that’s what we strive for.”

Augmented reality is a space where Holition is a thought leader: Its products are seamless upon release and often unique to the market.

“At the moment, technically, we are approached by clients on a completely bespoke basis,” Murray says. “Every single client wants something different, particularly the high end of the market.”

In the labs, Holition is developing the futuristic shopping experiences. Soon, Holition’s AR technology will let consumers smell products, hear fabrics and feel the heaviness of garments — all virtually.

Murray calls AR clothing the “holy grail of augmented retail experiences.” When envisioning the future of shopping, the company sees consumers virtually entering a shopping center or store — and trying on products that fit perfectly.

“We are pursuing active ways in which the other senses can be integrated into augmented spaces, whether that be touch or sound,” Murray says. “A lot of our brands say, ‘About 50% of our product is ensuring customers can feel the weight of it.’ So, we’re looking at how to include haptic interfaces to our experiences to allow us to communicate multiple sensory experiences.”

Holition will release its version of AR clothing once it’s seamless — projected to be within five to 10 years. In the next 20 years, prepare for something even more unbelievable: Holition is conceptualizing plans for a “smart store” that reads faces upon entry. Computers will pull up individual’s past shopping histories and recommend products that way.

“You’ll be virtually wearing the item or the garment that this clever smart store algorithm has suggested you try on that day,” Murray says. “The key thing is this holistic-thinking principle about where we’re going with augmented reality and really looking to take AR quite literally out of the developers’ hands.”

We're not around right now. But you can send us an email and we'll get back to you, asap.

Believe The Hype How Oculus Rift Changes Everything